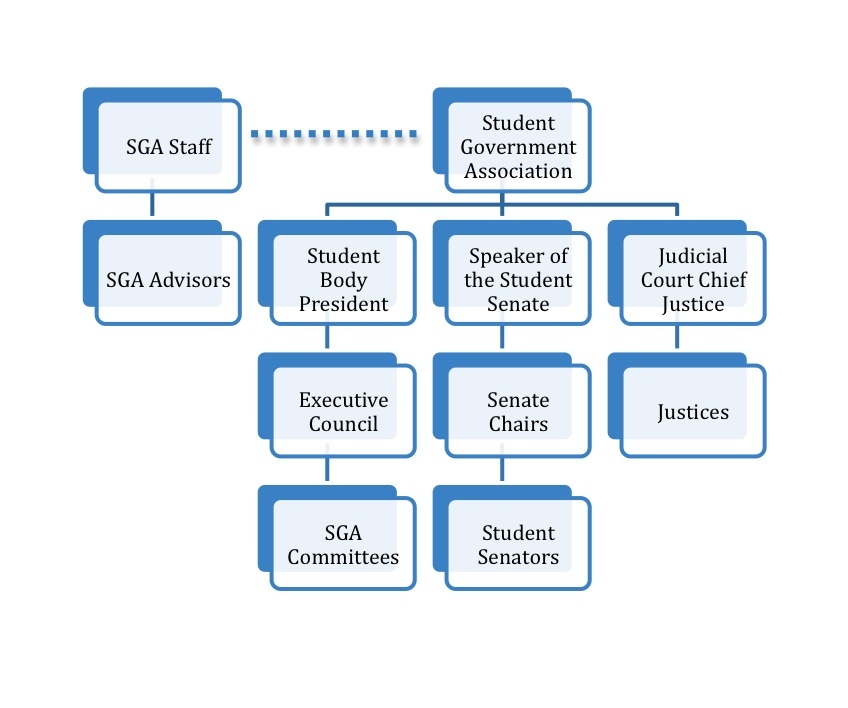 General Description
The mission statement of the Student Government Association (SGA) is “to serve Texas A&M University by . . . representing student opinion, addressing campus needs through targeted programs and maintenance of tradition, and providing opportunities for leadership development in order to enrich the quality of student life.”

Interest and involvement are high in Student Government at Texas A&M.  In the most recent student body general elections, 33% of the student body participated by voting.  There were over 13,500 votes cast from a student body of 45,000.  At present, there are 30 students who hold titled leadership positions and another 1300 students who work with the SGA committees and programs.  All students are volunteers.  No student receives remuneration for his or her leadership role in Student Government, including the Student Body President.

Student involvement and leadership development have long been traditions at Texas A&M University.  However, there is limited documentation of the history of Student Government.  Through observations of annual yearbooks and student rulebooks the following timeline was created.

As of  2004, Student Government offices occupy Suite 127 in the Koldus Student Services Building.  This suite is housed within the Central Office suite.  With 1916 square feet of space, the suite includes:

Copyright 2022 • Student Government Association | The Voice of Students in Aggieland • All Rights Reserved. • Hosted by Division of Student Affairs Department of IT